Editor’s Note: The article below is the culmination of a series of interviews I had with George E. Elliott Jr. Since testifying before the Congressional Investigation of Pearl Harbor (1946), this was the first time he had spoken publicly about the incredible events that occurred at a radar station near Kahuku Point, Oahu during the early morning hours of December 7th, 1941.

In November 1941, I was sent from the Signal Company Aircraft Warning Hawaii (SCAWH) at Schofield Barracks to a base at Kawailoa on the north of Oahu to help install a Radar Unit nine miles away 526 feet above sea level on a mountain called Opana near Kahuku Point.

On Saturday, December 6th, Private Joseph Lockard and I were ordered to go up to Opana and relieve Privates Hodges and Lawrence for a twenty-four hour pass (they had been guarding the Radar Unit around the clock). Our duty was to guard the equipment from 12:00 Saturday until 12:00 Sunday with a pause to operate the Radar Unit from 04:00 until 07:00 on Sunday (this was not a walking guard duty, it simply required our presence with each of us armed with a 45 caliber pistol). We spent the night in a tent next to the equipment and at 03:45 we were awakened by the sound of our alarm clock.

The SCR-270-B Radar Unit was the state-of-the-art device at that time. I believe six of them arrived in Oahu in July 1941. Ours was originally set up at Schofield Barracks before being dismantled and carted up to Opana around Thanksgiving. It consisted of a mobile unit mounted on two van-type trucks and a stake body truck that carried disassembled parts of a 45 foot antenna while towing the antenna’s main body. Aircraft were viewed on a 5 inch oscilloscope as vertical white upward blips” originating from a white horizontal line that could pick up movement out to approximately 150 miles.

We unlocked the trucks and powered up the unit. Lockard was an experienced radar operator who manned the oscilloscope while I did the plotting and kept log. Our duty was to track and report all activity to the Information Center fifty miles away at Fort Shafter via our direct tactical telephone line. There was almost zero air traffic that early Sunday morning and at 06:54 I was advised over our tactical line to shut down the Radar unit. Furthermore, we were informed that Privates Hodges and Lawrence would be returning early to Opana at 08:00 instead of 12:00.

Lockard began to power down, but I reminded him that we had received previous permission from our platoon sergeant to keep the system operating so that I could learn how to operate the oscilloscope. I had less than three months radar experience under my belt and Lockard agreed to keep the unit running.

At 07:02 I was sitting at the controls while Lockard peered over my shoulder and instructed me on how to detect planes. Suddenly, there appeared the largest blip either of us had ever seen on an oscilloscope. “What’s this?” I asked him. Lockard thought the unit had either malfunctioned or was giving us a false reading. He quickly tested the equipment and determined everything to be working perfectly. We calculated the blip to be a large group of aircraft approaching quickly from 3 degrees east approximately 137 miles out to sea. I suggested to Lockard that we should notify our Information Center.

Don’t be crazy!” he laughed. “Our problem ended at seven o’clock.” However, I was insistent and after a long discussion he said, “Well, go ahead and send it in if you like.”

There were two direct telephone lines connecting our radar station to Fort Shafter: a tactical line that linked us directly with the plotters at the Information Center and an administrative line. I tried the tactical line, but no one answered. I then used the administrative phone and was answered by the switchboard operator, Private Joseph McDonald. He informed me that the five plotters and historical information plotter at the Information Center had already left for breakfast. I nervously explained what we’d seen and asked him to get someone in charge to call us back as soon as possible.

At 07:20 a lieutenant rang back and Lockard took the call. The lieutenant knew that a dozen B-17 Flying Fortresses were due from San Francisco from

almost the same direction as our mystery blip. In fact, he had listened to Honolulu radio station KGMB broadcast Hawaiian music early that morning so that the bombers could tune their directional finders. Ironically, the Japanese attack planes were now honing in on that same frequency.

“Well, don’t worry about it,” the lieutenant told Lockard.

Lockard again wanted to shut down the Radar Unit, but I insisted that we keep it operational because I still wanted instruction on using the oscilloscope and the incoming flight presented a perfect opportunity. We continued to track the aircraft until they were approximately twenty-two miles from the Oahu coastline and disappeared behind the permanent distortion of the surrounding mountains at 07:39.

Five minutes later the truck showed up to replace us with Privates Hodges and Lawrence, and take us back to Kawailoa for breakfast. About halfway back to Kawailoa we passed a stake body truck full of soldiers speeding towards Opana. We honked our horn and slowed down to ask what they were doing, but they simply blew their horn and rushed past. Their reaction shocked and confused us, compounded by the fact that they were all outfitted with backpacks and wearing World War One doughboy-style helmets.

We arrived at Kawailoa to see a group of soldiers gathered around and staring up at the sky. It was here that we learned about the attack on Pearl Harbor. Lockard and I looked at each other. At that moment we knew that the flight we tracked at Opana was the Japanese attack force.

We were ordered to collect our gear and head back up to Opana. Arriving at the Radar Unit we were informed that a rumor had spread that the enemy had dropped paratroopers on Oahu dressed in blue denim fatigues – which was exactly what Lockard and I were wearing. Order was given to “Shoot anyone on sight in blue denims!” We immediately stripped down to our shorts and t-shirts and stayed that way until we were given a fresh supply of tan-colored standard issue.

In a food container I found the breakfast of flap jacks that had awaited us in Kawailoa. I never touched it.

Editor’s Note: In March 1942, Joseph Lockard was awarded the Distinguished Service Medal on the steps of the Capitol Building, Washington, D.C. and called the “Hero of Pearl Harbor” by the Associated Press. In August 1946, George Elliott Jr. was awarded the Legion of Merit. He refused to accept the medal on the principle that he should not have to accept a lesser medal than Lockard.
David J. Castello 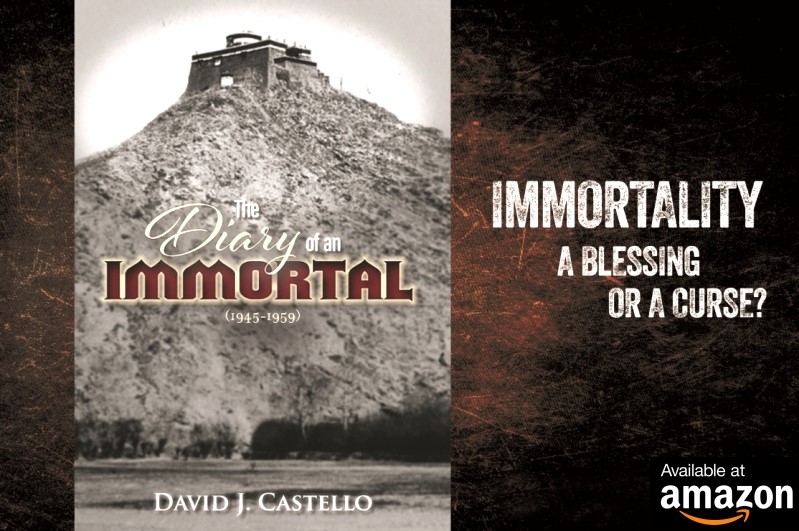 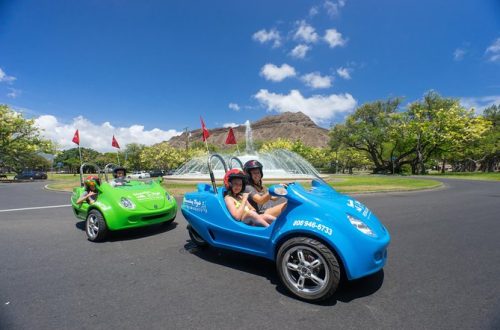 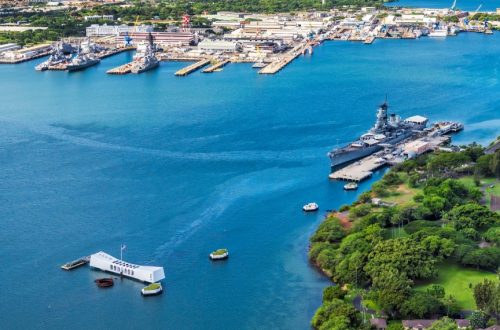 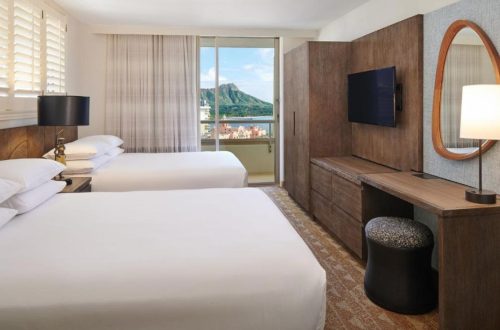