The USS Missouri (the “Mighty Mo”) proudly rides at anchor in Pearl Harbor, Hawaii, next to the USS Arizona Memorial, the two marking the beginning and the end of World War II. The USS Missouri Memorial opened January 29, 1999 and is one of the most popular attractions in Hawaii. One cannot fail to be deeply moved by the historic significance of this great ship. She was the last battleship ever built and the biggest. She is almost 900 feet long and over 100 feet in beam and more than 200 feet in height. Each link in the 1,200-foot long chains of her two anchors weighs over 100 pounds. 17 inches of solid steel protect her citadel from which the ship’s operations were directed during battle. But even greater than her physical size is the size of her place in American history.

On the deck of the USS Missouri on September 2, 1945, General Douglas MacArthur accepted Japan’s surrender, thereby ending World War II. And after World War II, the USS Missouri fought again in Korea and in Operation Desert Storm. The USS Missouri was launched on January 29, 1944, commissioned on June 11 of the same year, and reported for duty to the Third Fleet in Pearl Harbor on Christmas Eve 1944. She became the flagship for Admiral William “Bull” Halsey and was an important part of the war in the Pacific, assisting in the bombing raids over Tokyo and providing firepower in the battles of Iwo Jima and Okinawa. She was first decommissioned in 1955 after action in Korea.

In 1986 she was modernized, recommissioned, and sent on a tour around the world. Then in 1991, she was sent to the Persian Gulf to protect American-flagged oil tankers near the Straits of Hormuz, and she launched 28 Tomahawk missiles against Iraqi positions in Baghdad and Kuwait during Operation Desert Storm. Her final operational mission was to sail into Pearl Harbor on December 7, 1991, the 50th anniversary of the United States’ entry into World War II, when she played an important role in the commemoration of that event. In 1992, the USS Missouri was decommissioned for the second time, and in 1995 she was removed from the Navy’s ship registry, enabling her to be donated by the Navy for preservation as a memorial museum. After intense competition, the USS Missouri Memorial Association was selected by the Navy to care for the “Mighty Mo” at Pearl Harbor, and in 1998 title to the ship was transferred to the Association, and the “Mighty Mo” was brought to Pearl Harbor. A massive effort by volunteers was undertaken to refurbish the ship, clean and repaint her exterior, refinish deck planks, polish her brass, and clean a number of her interior spaces in time for her opening.

On the Surrender Deck of the USS Missouri, the visitor experiences history come to life, hearing the unmistakable voice of Gen. MacArthur and seeing the precise spot where the surrender occurred and the world’s bloodiest war came to an end. The visitor can see the wardroom, officers quarters, the spot on the fantail where a Japanese attack plane penetrated the USS Missouri’s anti-aircraft defenses and crashed into the deck, setting the ship on fire. And the visitor can stand in awe of the USS Missouri’s 16-inch guns. Each of those guns (three to a turret) is 65 feet long, weighs 116 tons, and can accurately fire a 2,700 pound shell 23 miles in 50 seconds.
A. James Wriston, Jr.

Advance ticket information is available by dialing 1-877-MIGHTY-MO. No tickets are available on Ford Island, all tickets must be booked in advance or purchased at the Bowfin Memorial. Transportation to the Missouri/Bowfin ticket office may be arranged through your Waikiki hotel or you can easily arrange your own transportation. City buses run nearby, but probably the best combination of convenience and price is to take a Arizona Memorial shuttle bus operated by a number of companies on Oahu. They generally charge about $3 per person, one way.

Note: Child must be 10 years old to participate 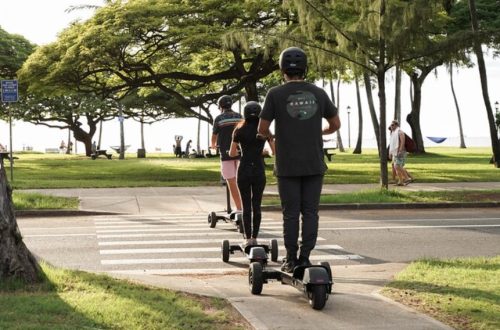 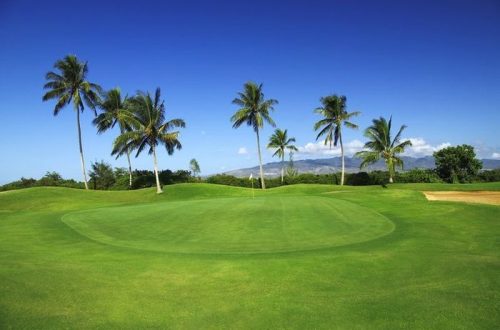 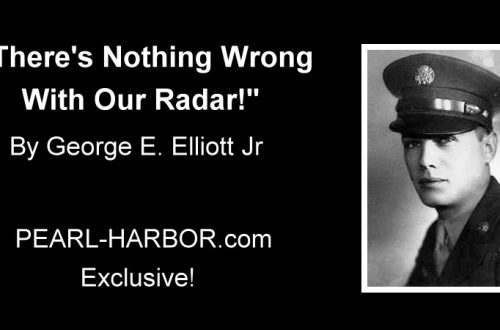 There’s Nothing Wrong With Our Radar! – George E. Elliott Jr